PHOENIX – Amid a growing push for “menstrual equity,” dozens of activists from across Arizona convened for the first National Period Day protest to call for an end to taxation of menstrual products and more widespread availability of items to help those who can’t afford them. 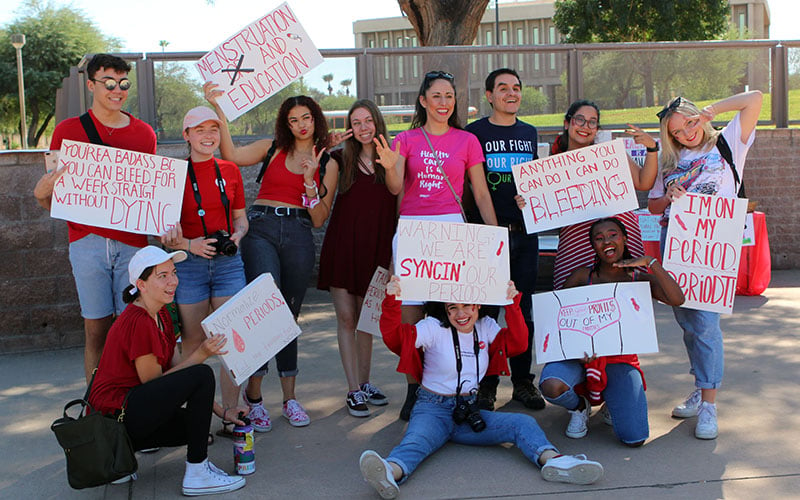