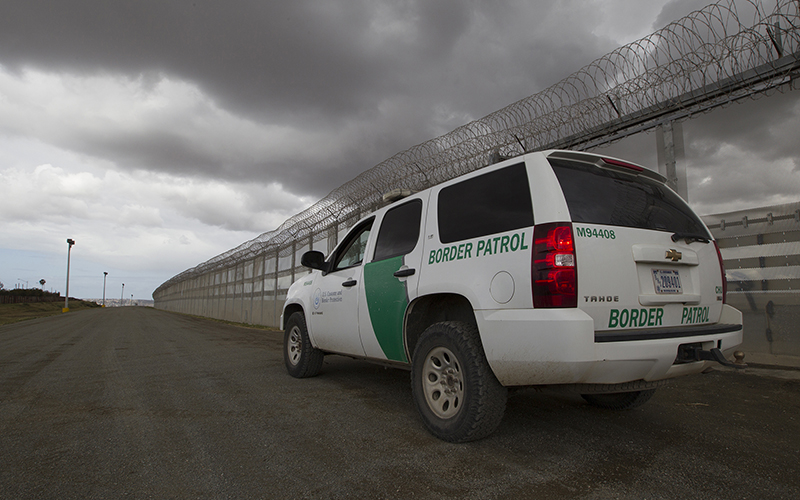 WASHINGTON – More than 1.74 million migrants had been stopped at the southwest border through June, breaking the record set through all of the last fiscal year with three months still to go in this fiscal year.

The latest numbers from Customs and Border Protection show that while apprehensions fell sharply from May to June, they were still above 200,000 for a fourth straight month. That pushed encounters in the first nine months of fiscal 2022 past the previous record of 1.73 million apprehensions through all of fiscal 2021.

Analysts said the numbers may be misleading, because they do not represent individual migrants but could include people who have tried to cross more than once and been stopped each time.

But Republicans were quick to seize on the new data to attack the Biden administration over its border policies.

“Because of President Biden’s open-border policies and refusal to enforce our immigration laws, there were 207,416 illegal migrant encounters at our border in June,” Rep. Debbie Lesko, R-Peoria, said in a tweet that used the trending hashtag #BidenBorderCrisis.

Despite Supreme Court OK to end it, 'remain in Mexico' remains for now

Apprehensions in the Tucson and Yuma sectors of the border followed the overall trend, with the numbers lower between May and June, but sharply higher for the year to date.

CBP said that apprehensions in Yuma jumped from 59,960 in the first nine months of fiscal 2021 to 235,230 encounters through June of this year, easily topping the annual record of 138,438 encounters that was set in fiscal 2005.

CBP Commissioner Chris Magnus, the former Tucson police chief, cautioned against reading too much into the numbers, saying that 26% of those stopped at the border last month had been stopped at least one previous time in the past 12 months. In a statement Friday, he put the actual number of individuals stopped at the border in June at 153,379.

Magnus also noted that total encounters fell 14%, from 240,991 in May to 207,416 in June. But administration critics said that’s nothing to brag about, given how high the overall numbers remain.

“We are averaging over 200,000 a month,” said Ira Mehlman, spokesperson for the Federation for American Immigration Reform. “June numbers (are) down a bit, but bragging about 9.1% to 8.9% is not going to please anybody.”

Mehlman said the numbers are “trending in the wrong direction” and “there’s every expectation that the numbers are going to continue to soar until this administration decides that it is going to exercise its responsibilities and obligations to secure our borders and enforce our laws.”

An analyst with the Migration Policy Institute agreed that the number of encounters will continue to rise and that they could top 2 million for fiscal 2022. But Jessica Bolter also agreed with Magnus that 2 million encounters does not mean 2 million individuals.

“It’s very likely that the number of total encounters will surpass 2 million this fiscal year, but that won’t be representative of the number of different people caught crossing the border,” Bolter said.

“Because these encounter numbers count events rather than individuals, the number of unique individual people arriving and being encountered by border patrol each month at the border is lower,” she said.

She said that only 1.3 million unique individuals tried to cross the border in the first nine months of fiscal 2022, well below the 1.74 million encounters reported by CBP, which makes it “quite likely that it (individual border crossers) will not” surpass 2 million for the year.

Gov. Doug Ducey may have unwittingly acknowledged what Bolter and Magnus were arguing, saying in a tweet Monday that “more than a quarter of those encounters were repeat offenders.”

Mehlman conceded that there may be double-counting of people in the encounter numbers, but he said they should not be ignored.

“These are the numbers that they’ve encountered,” Mehlman said. “We obviously don’t know how many people they didn’t encounter.”